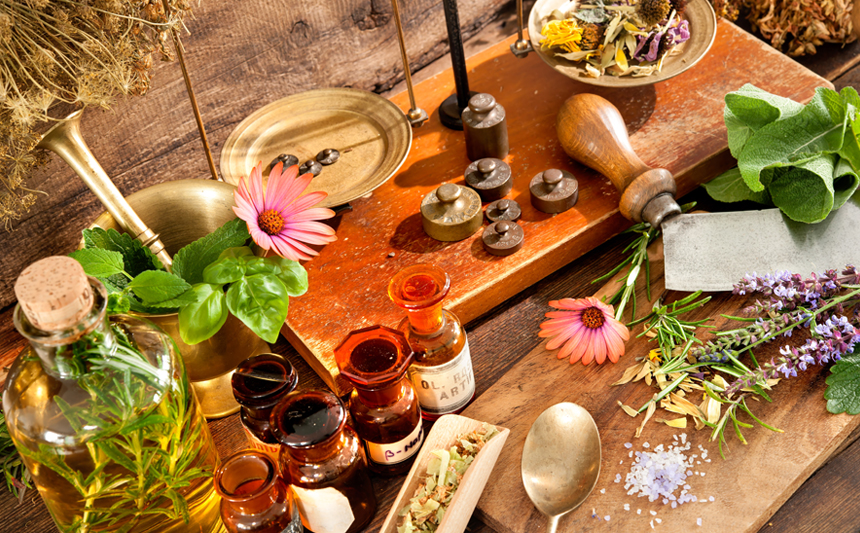 Herbs, Vitamins, and Supplements Used to Enhance Mood
Some supplements reportedly boost mood — but what does the evidence show for mood enhancers?

Mood problems, including depression and bipolar disorder, are no laughing matter. Tens of millions of adults worldwide have a mood/anxiety disorder. And these numbers don’t include the ‘worried well’ or people who suffer occasional bouts of the blues. For depression alone, the annual cost for treatment and lost wages runs into billions of pounds/dollars.

With these numbers and the inadequacy of medication to address the problems, it’s no wonder that many people are searching for mood supplements or other mood-enhancing alternatives to drugs.

The Need for Mood Enhancers

“For so many people, antidepressant medication either stops working or has too many side effects,” says Henry Emmons, MD, a psychiatrist with the Centre for Spirituality and Healing at the University of Minnesota. Emmons, author of The Chemistry of Joy: A Three-Step Program for Overcoming Depression through Western Science and Eastern Wisdom, prescribes medications for his patients, but he also highly recommends exercise and good nutrition as physical treatments for depression, combined with a few targeted mood supplements.

This leads to the question: what vitamins, herbs, supplements, and lifestyle changes are the best mood enhancers?  The experts we talked to didn’t reach complete consensus; more research is clearly needed for the plentiful options available. But here is a brief overview of some of the more common complementary approaches used to treat mood problems. Of course, if you suffer from severe mood problems see a doctor — before you reach for mood enhancers or supplements.

One of the most touted herbs used for enhancing mood is St. John’s wort, a yellow-flowered plant containing many chemical compounds that may have medicinal effects.

“Even though the evidence is mixed, it’s better for St. John’s wort than for other herbs,” says Adriane Fugh-Berman, MD, associate professor, Complementary and Alternative Medicine Master’s Program, Department of Physiology and Biophysics at Georgetown University School of Medicine. Fugh-Berman says that trials in the U.S. have been oddly less positive than in Germany, where it is widely prescribed.

Available as capsules, tablets, liquid extracts, and teas, a typical dose of St. John’s wort ranges from 900 to 1,200 milligrams a day, and it should be taken for at least one to three months, just as with pharmaceutical anti-depressants, to see the best effect.

St. John’s wort does have the potential for serious interactions with a wide variety of prescription drugs, including birth control pills, antidepressants, HIV medications, and blood thinners. It can also interact with other herbs or supplements. Mainly, it may lower the effectiveness of certain medications, says Fugh-Berman. St. John’s wort may also lead to an increase in side effects when taken with pharmaceutical antidepressants.

SAMe has been studied a lot for depression. Although current trials are not conclusive, an analysis of 28 studies showed that SAMe produced statistically significant improvement in the symptoms of depression when compared to a placebo. Some studies have shown that improvements were comparable to conventional antidepressants, such as the class of medications called tricyclic antidepressants.

Emmons suggests SAMe for those with a type of depression that produces low energy. He prescribes 400 to 800 milligrams daily, depending upon need or tolerance. The dose most often used for depression in clinical studies is 800 to 1,600 milligrams daily for up to 6 weeks.

Although SAMe usually causes few problems, you should use caution if you have diabetes, low blood sugar, or an anxiety or other type of psychiatric disorder. Gastrointestinal problems, headaches, fatigue, and skin rashes are the most common side effects.

What it is: A spice, made from the dried stigmas of crocus plants, that is used in cooking and also in traditional Persian medicine to treat symptoms of depression (among other conditions). Although they can be found online, saffron supplements are not widely available.

The evidence: Little research has been conducted on saffron’s effect on mood. But in a series of small controlled trials conducted in Iran in recent years, the spice has performed surprisingly well in treating mild to moderate depression. Delivered in 30-milligram doses a day, saffron has outperformed placebo and has demonstrated an antidepressant effect comparable to Prozac and imipramine (an older tricyclic antidepressant), at least in the short term.

The bottom line: Although more research is needed, saffron appears to be a promising treatment for milder cases of depression. That said, using the world’s most expensive spice as a dietary supplement seems impractical and pricey.

Though the data is less solid, in some cases, other potential mood enhancers include:

• Valerian: a herbal remedy created from dried roots, often taken as a sleep aid and sometimes used for anxiety.

• Omega-3 fatty acids: found in cold-water fish and certain vegetable oils, and available as a supplement, omega-3 fatty acids are sometimes used to help depression and other psychological problems. Emmons recommends a dose of 2,000 to 4,000 milligrams or more when taken for mood problems.

• B vitamins: essential for cell metabolism and central nervous system maintenance. Emmons recommends a good B-complex or multivitamin to ensure plenty of B vitamins, which can help stabilize nerve cell membranes.

• Vitamin D: although not enough evidence exists to make any claims about the effectiveness of vitamin D as a mood enhancer, at least one study reported benefits from vitamin D in treating seasonal affective disorder, a form of depression that occurs during the winter months.

• 5-HTP: this is a precursor to a neurotransmitter called seratonin which some health care providers recommend for mood problems. There are those who are more cautious about its use but those who recommend it generally consider it safe and effective for depression when taken at levels between 150-300mg daily.

As you evaluate other mood supplements, keep in mind that many herbs and supplements are not always subject to rigorous regulation. This makes it harder for you to assess their strength, purity and safety. Fugh-Berman advises doing your own research on effectiveness and adverse effects, using reliable, unbiased sources and by consulting groups that independently evaluate dietary supplements.

Also see: Happiness and the brain