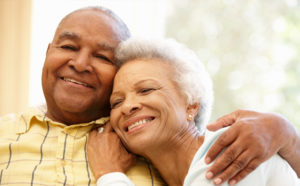 Studies of twins, both fraternal and identical, indicate that about half of our happiness - or the traits contributing to our happiness, such as an easygoing nature - is genetic (see the work of Alexander Weiss, University of Edinbugh). That means half of our ability to be happy is determined by external events or states, such as our careers or lifestyles. That still gives us another half to work with, which means we can control our happiness much more than we might think.

Our happiness is to a large degree dependent on how we react to or perceive external events. Our stress levels, as measured by the presence of cortisol and other stress hormones in our bodies, are in part regulated by our perception of whether or not negative circumstances will be bearable and the amount of hope we have that the situation will improve. While an occurrence such as losing one's job or home may seem catastrophic to one person, another person may view it more as a storm that must be weathered until it passes.

If the luck of the draw didn't give you the resilient personality you'd like, there are ways to enhance certain traits. Studies indicate that happiness can be practised or enhanced through meditation, and that empathy and conscientiousness are also increased through this practice.

As far as perceptions concerning our wants and desires, there have been some interesting findings. Want more of what you already have? You're going to be happier than the guy who wants less of what he has. If that's a puzzler, this won't be: People who don't have much of what they want aren't as happy as people who have lots of their desires met (see the work of the Association for Psychological Science).