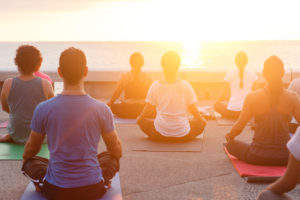 Among the most surprising research results I have read recently is the finding from Cynthia Pury and Cooper Woodard (reported by the latter in The Psychology of Courage) that executives rate higher in courage than do first responders such as police officers and fire fighters, and higher even than military officers in training. That's right; business leaders reported a better capacity to take action, even in the face of fear and uncertainty, than did any other group in the study.

This ability to take measured risks reflects the ambiguous economic, market and cultural forces that form the context in which executives must make daily decisions. Interestingly, when I recently interviewed dozens of managers, world record holders, entrepreneurs and other highly courageous people this ability to perform well was often attributed to a willingness to make mistakes. But does this tolerance of mistakes trickle down within the organisation?

Brian Corekin, the founder of Monster Fuses, a "need-it-now" supplier of industrial fuses, recalls a time when a sales employee took an order but-surprisingly-forgot to record the name or contact information of the customer and, as a result, the order could not be filled. "It cost us a couple thousand dollars," Corekin told me, "But it helped us learn that we needed a formal procedure for dealing with customer inquiries. Simply picking up the phone and jotting notes just isn't good enough." That's a relatively light penalty when compared with the 1.6 million dollar hit that Zappos.com took in 2010 related to an on-line pricing error. Indeed, mistakes are an inevitable and unavoidable part of work. In both cases the leadership was able to place the mistakes in the context of learning.

When I work with executives on developing a courageous leadership style I am informed, in part, by a study conducted by Harvard psychologist Ellen Langer, and reported by Todd Kashdan in his book Curious. Working with a common fear-public speaking-Langer encouraged people in one of her study conditions to intentionally make a mistake and incorporate it into their presentations. It turns out that people in this "error condition" enjoyed themselves more and their speaking was rated as better by an audience. This suggests that simply acknowledging the inevitable nature of mistakes may not be a radical enough position... we made need to actually embrace them!

How does embracing mistakes translate to good human resources practices? Jill Nelson, the founder of Ruby Receptionists, a virtual reception service in Portland, believes that making mistakes should be a primary concern for managers. "At Ruby," Nelson told me, "we found the fear of making mistakes would sometimes inhibit the true potential of our receptionists, so we stopped pointing out every mistake. Now, we keep a record of all mistakes, review them regularly, and only address them with the person who made them when there's a trend or an opportunity to change the way we do things." How does this more forgiving approach work for Ruby? They were recently named the number two mid-sized business to work for in Oregon and have been ranked among the fasted growing companies in the state four years running. Nelson also acknowledges that the ability to deal with risk and the occasional mistake is also the basis of increased responsibility: "The highest paying jobs at Ruby aren't necessarily the most grueling. Rather, they are the positions of those whose mistakes could cause the most harm. Being comfortable with the risk of making a mistake is essential for positions of high accountability."

British management consultant Nicky Garcea, from the Centre of Applied Positive Psychology, makes the important distinction between high and low stakes errors. "In my experience," says Garcea, "leaders working in ‘high risk' and ‘safety environments', such as defense or engineering can view mistakes gravely. This is particularly if the mistake relates to issues regarding safety or security." Among the industries most plagued by a culture of perfectionism is medicine. Even here, however, small mistakes may not be as bad as they might appear. Doctor Walter Buhl, of the Northwest Primary Care Group, in Oregon, says that major mistakes with diagnosis or treatment are grounds for concern. "Even so," according to Buhl, "we shouldn't automatically think of mistakes as being bad. The lab here recently ran the wrong blood panel and it turned out to be very fortunate because the results came back positive and we were able to treat the patient for something we otherwise would have missed."

It could be that organizations that embrace the mistake mentality have a competitive advantage. Nicky Garcea again, "There is a view amongst leaders in these sectors which suggests that employees who are prepared to push the boundaries and sometimes make a mistake are more creative than those that do not. In one of my client software companies, I observed leaders of software engineers actively encouraging mistake sharing. In this organization employees who make a mistake had to bring in ‘mistake cakes' the following day to mark their mistake and to share their learning with their colleagues. Critically, leaders who encourage the sharing and learning of mistakes, tend to be committed to building a learning organisation."

Regardless of specific industry, it appears that there is a current trend toward recruiting employees who demonstrate learning agility, and this includes tolerance of risk, an ability to side-step the paralyzing effects of perfectionism, and the capacity to bounce back from small stakes errors. People with high learning agility naturally believe that the learning that follows mistakes can actually help them and their teams. The preliminary research and successes of mistakes tolerant organizations seems to bear this out.

Also see: How to improve your mood