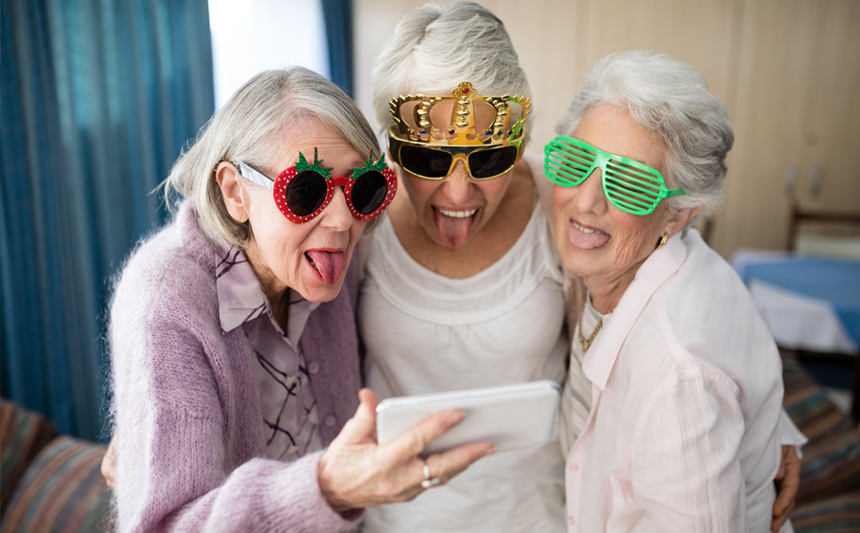 Dr Derek Cox, Director of Public Health at Dumfries and Galloway NHS, suspects that for decades health professionals have been missing a big trick in improving the health of the nation. "We've spent years saying that giving up smoking could be the single most important thing that we could do for the health of the nation. And yet there is mounting evidence that happiness might be at least as powerful a predictor, if not a more powerful predictor than some of the other lifestyle factors that we talk about in terms of cigarette smoking, diet, physical activity and those kind of things."

Like everyone else, for years he tried to prevent ill-health by anti-smoking and healthy lifestyle campaigns. But there was little change. People were dying at roughly the same rates. So he started looking into the health benefits of happiness... "It's not just that if you're physically well you're likely to be happy but actually the opposite way round," said Dr Cox. "If you are happy you are likely in the future to have less in the way of physical illness than those who are unhappy."

Dr Cox now has an ambition to make Dumfries and Galloway happier and healthier. "I'd love to make the people of Dumfries and Galloway the happiest and healthiest people in Scotland," he said. He argues that people are happier if they are given more control at work, live in a safe neighbourhood and participate in community projects - creating lives with meaning and purpose.

The science of happiness is increasingly suggesting a link between happiness and health. Andrew Steptoe, the British Heart Foundation Professor of Psychology at University College London, has found that happier people also have greater protection against things like heart disease and stroke. "We know that stress which has bad effects on biology, leads to those bad changes as far as health is concerned," said Mr Steptoe. "What we think is happening is that happiness has the opposite effect and has a protective effect on these same biological pathways". Research in the United States has suggested a possible link between happiness and long life.

A study of nuns in Milwaukee examined the diaries of the sisters of Notre Dame when they joined back in the 1930s and counted the number of times they used positive and negative words. Some were brimming with joyful thoughts. Others were more gloomy. Enough for modern-day researchers to divide the intake into "happy nuns" and "not so happy nuns".

After joining the order their lives were almost exactly the same - same food, same work, same routine. But not the same life expectancy. Among the less positive nuns, two thirds died before their 85th birthday. Among the happy nuns, 90% were still alive. On average the happiest nuns lived about nine years longer than the less happy nuns. It is a valuable insight when you think that on average smoking one packet of cigarettes a day takes three years off your life!

In the UK, there is a highly acclaimed long-running study into the links between your status at work and how healthy you are. You might expect that people in the lower ranks in a work place would have lower stress levels and therefore better health. Surely someone who sorts the post would not be as stressed as the high-flying exec? Not necessarily true according to Professor Sir Michael Marmot and colleagues at University College London. Since the 1960s, they have been studying thousands of civil servants for an ongoing research project called The Whitehall Study. They found that if you have a low status job with little control over what you do, you have a higher risk of cardiovascular disease.

And so could we be missing the importance of being happy? Maybe investing in ways to be happier is the primary antidote to our modern ills? This is a subject where science appears to be endorsing what most of us intuitively know - that is happiness may not always extend life but it certainly enhances it!